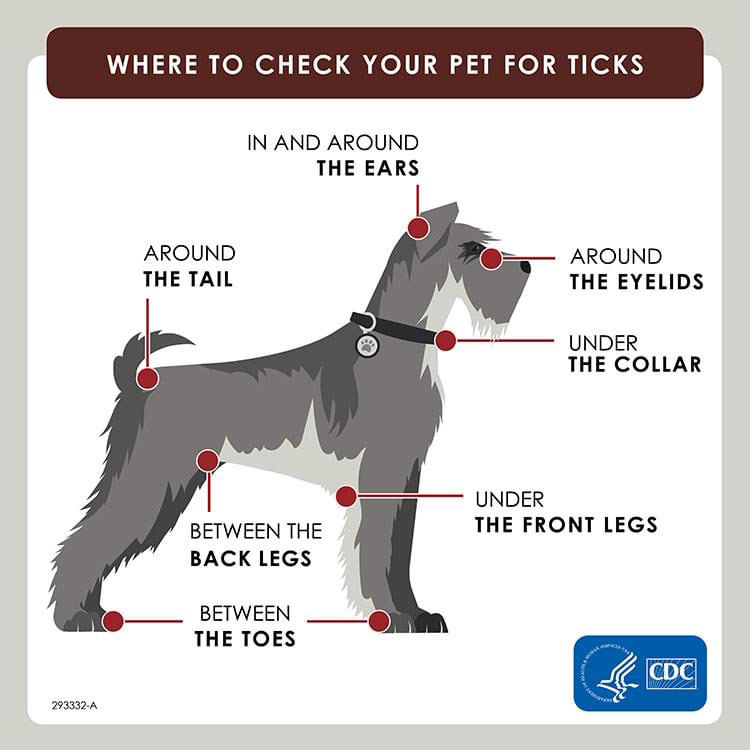 Lyme disease is an illness that affects both animals and humans and is what is known as a zoonotic disease. it is the most commonly reported vector-borne illness in the United States, according to the U.S. Centers for Disease Control and Prevention (CDC). Transmitted through tick bites, the disease can be difficult to detect and can cause serious and recurring health problems. Therefore, it is best to prevent infection by taking appropriate measures to prevent tick bites and, for dogs.

The bacterium that causes Lyme disease – a worm-like, spiral-shaped bacterium called Borrelia burgdorferi – is carried and transmitted primarily by the tiny black-legged tick known as the deer tick. Deer ticks are found in forests or grassy, wooded, marshy areas near rivers, lakes or oceans. People or animals may be bitten by deer ticks during outdoor activities such as hiking or camping, or even while spending time in their back yards.

Named after numerous cases were identified in Lyme, Conn., in 1975, the disease has since been reported in humans and animals across the United States and around the world. Within the U.S., it appears primarily in specific areas including the southern New England states; eastern Mid-Atlantic states; the upper Midwest, particularly Wisconsin and Minnesota; and on the West Coast, particularly northern California. The CDC maintains a map detailing confirmed cases of Lyme disease throughout the years.

Lyme disease is a reportable disease – which means that health care providers and laboratories that diagnose cases of laboratory-confirmed Lyme disease are required to report those cases to their local or state health departments, which in turn report the cases to the CDC.

How to prevent Lyme disease

The best way to protect pets from Lyme disease is to take preventive measures to reduce the chance of contracting the disease. Even during the last weeks of summer, it’s important to remember that pets and people are at greater risk of being infected with Lyme disease and other tick-borne diseases such as anaplasmosis, ehrlichiosis, or Rocky Mountain Spotted Fever.

People with pets should:

As noted above, there are preventive Lyme disease vaccines available for dogs, but they aren’t necessarily recommended for every dog. Consult your veterinarian to see if the vaccination makes sense for your pets. If your veterinarian does recommend that your dog be vaccinated against Lyme disease, the typical protocol will involve an initial vaccination followed by a booster 2-4 weeks later and annual boosters after that.

Pets infected with Lyme disease may not show any signs for 2-5 months. After that time, typical symptoms include:

Symptomatically, Lyme disease can be difficult to distinguish from anaplasmosis because the signs of the diseases are very similar, and they occur in essentially the same areas of the country. Lyme disease is diagnosed through a blood test that shows whether an animal has been exposed to the bacterium.

Antibiotics usually provide effective treatment for Lyme disease. However, it’s important to follow your veterinarian’s advice regarding follow-up care after your pet has been diagnosed with and treated for the disease.

Lyme disease is not communicable from one animal to another, except through tick bites. However, if you have more than one pet and one is diagnosed with Lyme disease, your veterinarian might recommend testing for any other pets who may have been exposed to ticks at the same time. In fact, because people and their pets often can be found together outdoors as well as indoors, a Lyme disease diagnosis in any family member – whether human or non-human – should serve as a flag that all family members might consult their physicians and veterinarians, who can advise about further evaluation or testing.

Talk to your pets veterinarian about your dog’s risk and how you can best protect your furry best friend.